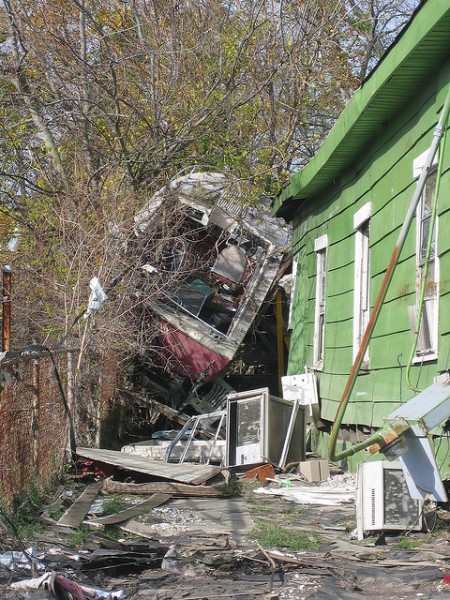 ALEXANDRIA, Va., August 30, 2011 — Coastal areas are usually the hardest hit when a hurricane strikes. However, early reports from Boat Owners Association of The United States (BoatUS) indicate that Hurricane Irene struck inland lake and river regions in New York and New England particularly hard, including the Hudson and Mohawk River Valleys, Lake George, NY, Lake Champlain, NY, and Lake Winnipesaukee, NH, as well as Cape Cod, MA. The nation’s largest boat owner’s group estimates the total damage to recreational boats from South Carolina to Maine could total up to $500 million (editor’s note: this early estimate applies to boats only; this figure does not include any boating infrastructure). The last hurricane to strike the US, Hurricane Ike (2008), was estimated to cause $200 million in damage to recreational boats.

Boaters who hauled vessels ashore in anticipation of the storm were largely spared damage. “We only have five minor claims for boats that were damaged while stored ashore,” said Senior Vice President of Marine Insurance Claims Division Carroll Robertson. “The majority of claims we are now seeing are from those who kept their vessels on moorings, which either broke free or were sunk by waves and rains,” she added.

Irene showed boaters again that it doesn’t take a direct hit to have damage or a sinking. Many inland areas traditionally haven’t experienced hurricanes, so some may have been caught off-guard by the ferocity of the wind, waves and flooding.

BoatUS has reports that boaters, marinas and boat clubs did take significant measures in the days leading up to Irene’s arrival coordinating storm preparations, and believes local marinas and marine businesses deserve large credit for their efforts with mitigating further damage.

Over 1,000 BoatUS insureds took advantage of the “Hurricane Haul-Out” feature in their BoatUS insurance policy that helps defray the cost to remove a boat from the water. “Every boat owner should have this feature in their policy. It makes the decision of removal less based on cost and more in the long-term interest of having a boat come through unscathed,” added Robertson.

On-the-water reports from the TowBoatUS towing fleet vary. With a significant local boating population in their area, TowBoatUS New Bedford, MA, reported seeing only 50 boats hauled out prior to the storm and has now seen over 15 salvages or wreck removals with numbers climbing. On the other hand, TowBoatUS Oregon Inlet, NC, reported seeing over 500 vessels hauled to safety prior to the storm’s arrival, and just two post-storm salvages – even with a significant storm surge estimated at seven feet.

“It appears that areas with mandatory evacuations from the Carolinas to New Jersey, boaters made good preparations,” said BoatUS Vice President of Towing Services Jerry Cardarelli. “And where folks stayed at home, such as the case in New Bedford, Massachusetts, where they thought hurricane barriers would protect the boats, there was significantly less effort.”