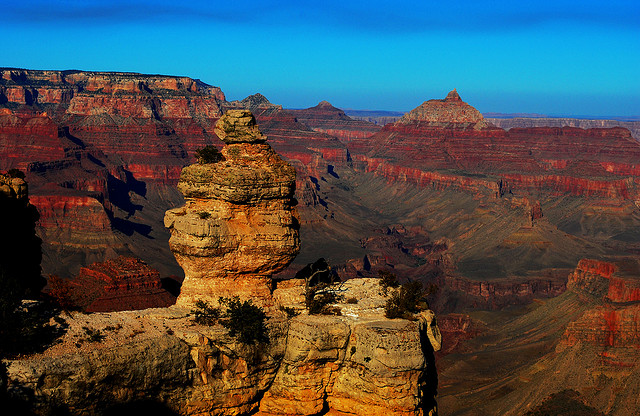 When Yellowstone became the world’s first national park in 1872, there was no National Park Service; and when the need for on-site management of the park became apparent, the Department of War was tasked with its protection. In the decades that followed, more national parks, monuments and reserves were created and additional agencies became involved in their protection, including the General Land Office and the US Forest Service. With different missions, these agencies often managed the parks and other federal lands that they were in charge of in different ways. Clearly, people began to argue, a single federal agency was needed; and in 1916, when President Woodrow Wilson signed the National Park Service Organic Act, the NPS was finally established. By the time the Grand Canyon was declared a national park in 1919, after being established as a Federal Preserve in 1893, and a National Monument in 1908, the National Park Service was ready to protect this great national treasure.

The NPS was created to “promote and regulate the use of the Federal areas known as national parks, monuments and reservations…” and “…to conserve the scenery and the natural and historic objects and the wildlife therein and to provide for the enjoyment of the same in such manner and by such means as will leave them unimpaired for the enjoyment of future generations.” (1916 Organic Act)

Thursday’s celebration will include programs that share the history and mission of the NPS as well as the exploration, history and value of Grand Canyon National Park. Programs will be offered throughout the day and include:

We will also have several additional programs:

http://www.nps.gov/grca/historyculture/adhigrca.htm; and for information on

on the web at www.nps.gov/grca.