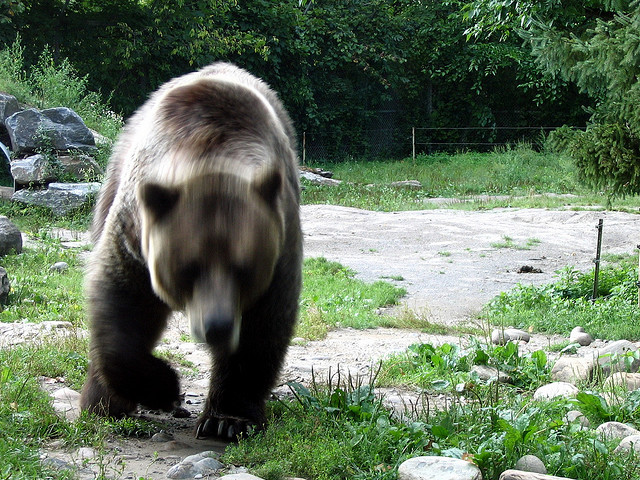 ASPEN, Colo. – As thousands of cycling fans prepare to camp along state highways and in designated campgrounds to watch the Pro Challenge bike race, Colorado Parks and Wildlife officials are reminding everyone that following a few simple camping tips can help reduce the possibility of a conflict with a hungry bear.

The reminder is especially timely after a bear entered and damaged two tents in Difficult Campground near Aspen. Due to the increasing number of incidents involving bears in this campground during the past few weeks, Colorado Parks and Wildlife and the U. S. Forest Service mutually agreed to restrict the site to hard-sided camping only.

“We decided to err on the side of caution and protect human health and safety,” said Colorado Parks and Wildlife Area Wildlife Manger Perry Will. “Based on the bear situation in this campground, we don’t think camping in a tent is safe.”

According to the Difficult Campground host, the site is fully booked next Monday and Tuesday night as cycling fans had planned to camp overnight and watch the race as it passes over Cottonwood Pass and Independence Pass into Aspen on Wednesday, Aug. 24. It is likely the restrictions will remain in place as the race progresses through the area and fans are advised to make other arrangements if they were planning to sleep in tents.

“We want fans to enjoy the race and people are still welcome to stay there, but they will need to be in hard-sided campers only, such as an RV or even their cars,” continued Will.

In addition to the large number of race fans staying in designated campgrounds, the Colorado Department of Transportation will temporarily allow camping just off the highways along the race route, and wildlife managers are concerned that the large number of people concentrated in these areas could increase the risk of conflicts.

“One thing that campers need to keep in mind is that although they may be doing the things that will help prevent conflicts, their camp neighbor may not be so careful,” said Colorado Parks and Wildlife Assistant Regional Manager Dean Riggs. “Bears are large and powerful animals that are strongly attracted to the smell of food and other odors, so keep an eye on those around you and perhaps offer some gentle encouragement if you see potential problems brewing.”

Colorado Parks and Wildlife managers recommend that race fans planning to camp along the route consider following these camping tips:

Although bear conflicts remain relatively rare, wildlife managers advise race fans that bear sightings are common in Colorado, and watching all wildlife from a distance is the best way to enjoy the experience.

“If race fans are lucky enough to catch a glimpse of a bear, deer, moose, elk, or other wildlife while they are camping, they should remember to keep their distance,” said Colorado Parks and Wildlife Watchable Wildlife Coordinator Trina Romero. “We ask folks not to feed, approach or harass wildlife, but do make sure to bring some binoculars and a camera so you can safely capture the moment.”

In Colorado, people can be fined if they are observed harassing or feeding wildlife, and race fans that plan to camp with their dogs are cautioned to keep their pets on a leash. Dogs can severely injure wild animals and Colorado law enforcement officers are authorized to immediately euthanize any dog that is observed chasing or harassing wildlife.

The seven-day race will run through several areas in Colorado, but on both the day before, and opening day of archery season, Saturday, Aug. 27, the race route will take cyclists through Eagle, Routt and Grand counties. Campers and hunters are reminded that they should drive carefully, and that traffic delays are likely due to the concurrence of the events.

For more information about camping in bear country, go to: http://wildlife.state.co.us/WildlifeSpecies/LivingWithWildlife/Mammals/Pages/HikeCampBearCountry.aspx

For more information from CDOT about camping along the race route, go to: http://www.coloradodot.info/news/2011news/08-2011/CDOTParking-Camping-Info-Additions.html

For more information about the race, routes and possible delays, please visit: http://www.cotrip.org/content/usapcc/