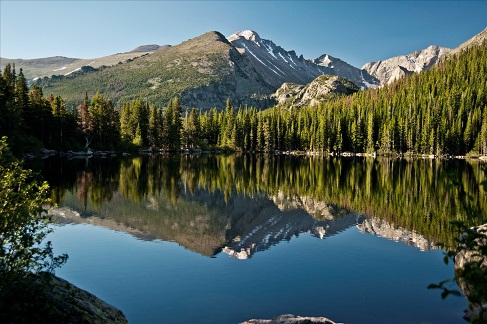 Denver, CO – Officials with Colorado Parks and Wildlife are continuing efforts to educate boaters, anglers and other recreationists about the need to clean, drain and dry boats, waders and other equipment when using Colorado waters.

“We have had success with our boat inspection programs to prevent invasive species, but there are a few aquatic nuisance species that can spread via methods other than boats,” said Elizabeth Brown, an Invasive Species Coordinator with Colorado Parks and Wildlife. “The fact that we’re finding new populations means we have to work harder to engage the public to do their part to clean and dry all their gear and equipment as well as their boats to protect our waters.”

Rusty crayfish, discovered in 2009 in the headwaters of the Yampa River, have been recently confirmed in the reservoir at Stagecoach State Park, near Steamboat Springs. A July 6 survey found that New Zealand mudsnails, another aquatic invader, have made their way from South Delaney Butte Reservoir to nearby East Delaney Butte Reservoir within the Delaney Buttes State Wildlife Area in North Park. Colorado Parks and Wildlife monitoring crews have also recently confirmed New Zealand mudsnails and an aquatic invasive weed, Eurasian watermilfoil, in the reservoir at Eleven Mile State Park. Earlier this summer it was announced that quagga mussel veligers were again confirmed through monitoring at Lake Pueblo State Park.

The effort to educate recreationists began in earnest in Colorado in 2004 as both Colorado State Parks and the Colorado Division of Wildlife undertook campaigns following the initial discovery of New Zealand mudsnails in Colorado. The effort intensified in 2007 when invasive zebra mussels were discovered in Lake Pueblo. With legislative funding assistance, Colorado State Parks and the Division of Wildlife rolled out a statewide effort to inspect boats on major waters in the state and try to prevent the spread of zebra and quagga mussels and other invasive species. Gov. John Hickenlooper signed legislation earlier this year that merged Colorado State Parks and the Division of Wildlife and the separate programs are being combined with an eye toward identifying efficiencies that will make the programs more effective.

“Invasive species are very effective at hitching a ride to new places on everything from boats to waders to hiking boots,” explained Brown. “Recreationists can stop the spread of these costly invaders by cleaning their equipment in between each and every use. The majority of Colorado’s waters are still free of invasive species and through a comprehensive education program we hope to keep it that way.”

Some invasive species have shown the ability to live for several weeks out of the water in nothing more than a crevice or clump of mud. Invasive species threaten fisheries, ecosystems and water management equipment. In areas where invasive mussels have become established they have altered fishing, littered beaches with sharp shells, clogged pipes and damaged underwater structures.

Boaters can find information about how to protect Colorado waters from invasive species online at http://wildlife.state.co.us/Fishing/MandatoryBoatInspections.htm or http://www.parks.state.co.us/Boating/NewBoatInspection/Pages/BoatInspection.aspx.

The most important thing anglers can do is to remove all mud, plants and organic material from their waders and equipment after every use. Anglers are advised to then submerge waders and gear in a large tub filled with a mixture of half Kitchen Formula 409 and half water for at least 10 minutes. Debris should be scrubbed from surfaces and a visual inspection should be done before rinsing. Items can also be soaked in water greater than 140 degrees Fahrenheit for a minimum of 10 minutes. Waders or boots can also be stored in a freezer overnight between each use or can be dried completely for at least 10 days before using them in another body of water.

For more news about Division of Wildlife go to: http://wildlife.state.co.us/news/index.asp?DivisionID=3

For more information about Division of Wildlife go to: http://wildlife.state.co.us