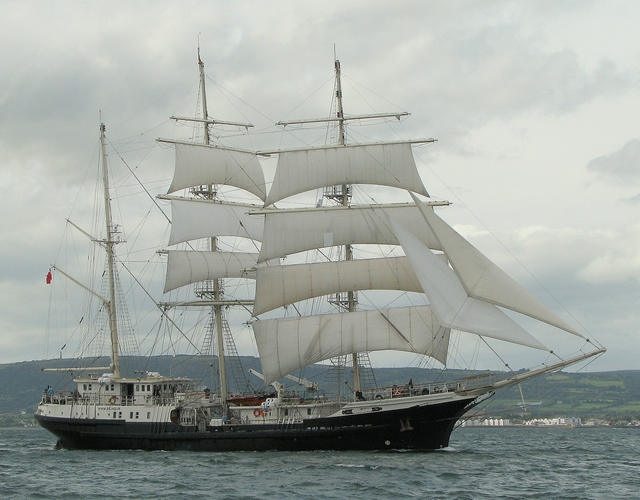 WASHINGTON – Piloting a 171-foot, three-masted ship might not be the fastest, or easiest, way to get from Massachusetts to New York, but it sure is the most memorable. On Sunday, August 7, a group of 33 National Park Service college interns will embark on a three-day trip along the Atlantic coast aboard the reproduction tall ship the Friendship of Salem.

The Friendship of Salem, based at Salem Maritime National Historic Site, is a fully operating reproduction of a late 18th–century merchant vessel. It is the largest wooden, Coast Guard certified, sailing ship to be built in
New England in more than a century.

The interns will learn to sail under the direction of the ship’s regular crew, made up of National Park Service employees and volunteers. This is the first time the Friendship has sailed on an overnight voyage with a crew that includes students and its first trip to New York.

Throughout the journey, the interns will share their experiences in real time via blog at www.friendshipnps.wordpress.com and through individual Twitter feeds listed on the blog site.

“This trip will give these young people a chance to live, not just read about, America’s maritime heritage,” said National Park Service Director Jonathan B. Jarvis. “While working in national parks this summer, each one
has been challenged to break normal routines and connect more with the people and the world around them. This voyage of discovery will be the culmination of a summer of exciting and fun experiences for them in America’s great outdoors.”

Upon arriving in New York City, the interns will participate in youth leadership activities and share information about the National Park Service Youth Intern Program. They will also take part in a daily sail around New York Harbor and provide dockside programs and demonstrations. At night, they will camp under the stars in the country’s largest urban campground in Gateway National Recreation Area. They will start the three day trip back to Salem on August 14.