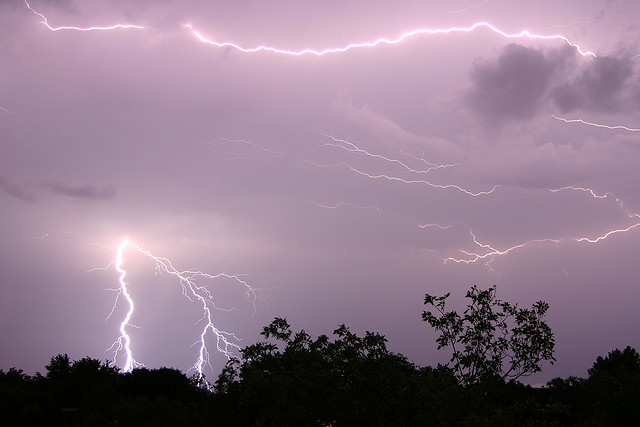 When rangers arrived on scene (approximately ¼ mile west of Mohave Point on the Rim Trail) they found CPR in progress on a woman who had collapsed after lightning struck very near her party.  Five people with her were also injured during the lightning strike.

Rangers took over CPR and moved their life saving efforts to an ambulance, as lightning continued to be a threat to those who were outdoors.  At the same time, the injured members of her party were transported to the park’s Emergency Operations Center to get them out of the lightning.  There, their injuries were assessed and basic first aid was provided.

Emergency medical responders were never able to revive the woman who had collapsed, a 64-year old German national who was part of a visiting tour group.

This incident is a tragic reminder of the fact that summer storms in the southwest are often accompanied by potentially deadly lightning.  Visitors to the park are reminded that if the sound of thunder follows a lightning flash within 30 seconds or less, they should seek shelter in a building or vehicle or proceed to the nearest bus stop to get on a park shuttle. Remember, “if you see it, flee it; and if you hear it, clear it.”

The deceased’s name is being withheld pending positive identification and notification of next of kin.

For more on how to be “lightning smart”, please visit Grand Canyon National Park’s web site at
http://www.nps.gov/grca/planyourvisit/upload/LightningDanger.pdf.