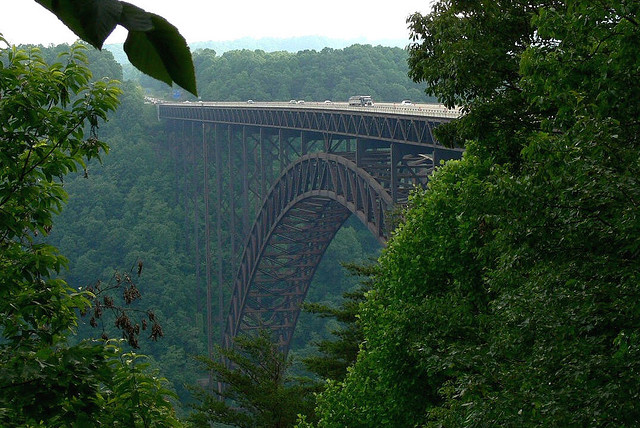 The video contest submission began in June and runs through Sept. 1, 2011.  Participants are asked to produce a two-minute (or less) video or videos showcasing their favorite state parks. Amateurs are welcome. On Sept. 5, 19 potential finalists will be selected by representatives of the organization, America’s State Parks. Videos selected will be based on creative elements – cinematography, editing, soundtrack, effective use of special effects and film length – and technical elements – film concept, originality, coherence and overall enjoyment.  Finalists will be announced at Custer State Park in South Dakota early in September and winners will be unveiled on November 15. Winners of the competition will receive various Sony prizes, including PlayStation®3 computer entertainment systems, Sony VAIO® laptops and Sony Bloggie™ Cameras.

America’s State Parks will host the user videos on its YouTube page.  “YouTube is a powerful media resource. Imagine Cass Scenic Railroad, Babcock, Blackwater Falls and other parks being videoed by our visitors, from a visitors point of view, and sharing our treasures with the world,” said Caplinger.

Anyone visiting America’s State Parks website from Sept. 10 through Nov. 1 will be invited to vote for their favorite video.  “We hope to find West Virginia entries and better yet, good voter turnout for West Virginia entries,” Caplinger said. “Lewisburg was recently named America’s Coolest Small Town by Budget Travel, and our state parks are worthy of winning another award for the state. And the bonus is great videos shot by park visitors and posted to YouTube.  We can’t lose.”

About America’s State Parks – The organization

America’s State Parks is an alliance of public and private organizations working to promote and enhance the collective national treasure that is the great park systems found across our 50 states.  With more than 7,000 units and nearly three-quarter of a billion annual visits, America’s State Parks are vital to the American quality of life. Leadership and governance for America’s State Parks comes from members of the National Association of State Park Directors representing each region of the country.

About the National Association of State Park Directors (NASPD)

Composed of 50 state park directors, the NASPD (www.naspd.org) was founded in 1962. The mission of the Association is to promote and advance the state park systems of America for their own significance, as well as for their important contributions to the nation’s environment, heritage, health and economy.