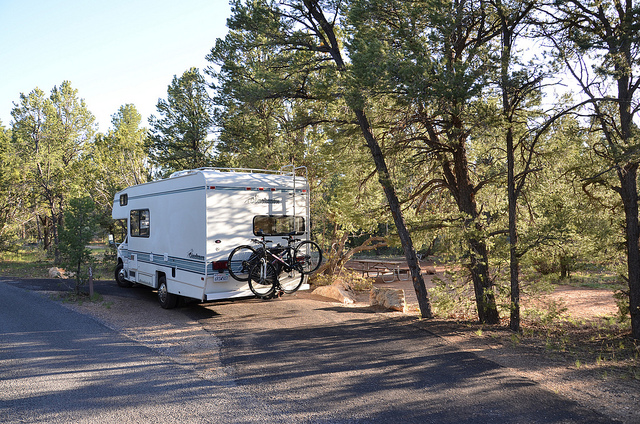 (OKEMOS, Mich) – For generations, Michigan has welcomed campers and RVers to its natural woodlands, freshwater shorelines and beaches, in two distinct peninsulas – nestled in the middle of the Great Lakes Region.

In honor of such tradition, Michigan Governor Rick Snyder, along with several legislators, has declared August “Michigan Camping & Recreation Vehicle Month.” Camping is a key contributor to the state’s $17 billion tourism industry. The declaration supports the economic and recreational contributions that the camping industry contributes to Michigan’s overall tourism.

Both Michiganians and visitors alike take advantage of the state’s array of sun, freshwater coastline, 19 million acres of woodlands, soft breezes and fresh air, where the temperate climate allows for great camping and outdoor recreation–making it the ultimate experience!

Michigan is home to 98 state parks and recreation areas–as well as 133 state forest campgrounds–under the auspices of the Michigan Department of Natural Resources and 7 forests/parks/lakeshores in Michigan under the jurisdiction of the U.S. Forest Service, collectively offering 15,000 sites on state and federal lands designated for camping.

All state lands are managed by the Michigan Department of Natural Resources, while the national parks and lakeshores are managed by the National Park Service and/or the U.S. Forest Service. All campgrounds – including the companion recreational activities – are among the tourism destinations promoted by Travel Michigan and its award-winning Pure Michigan campaign.