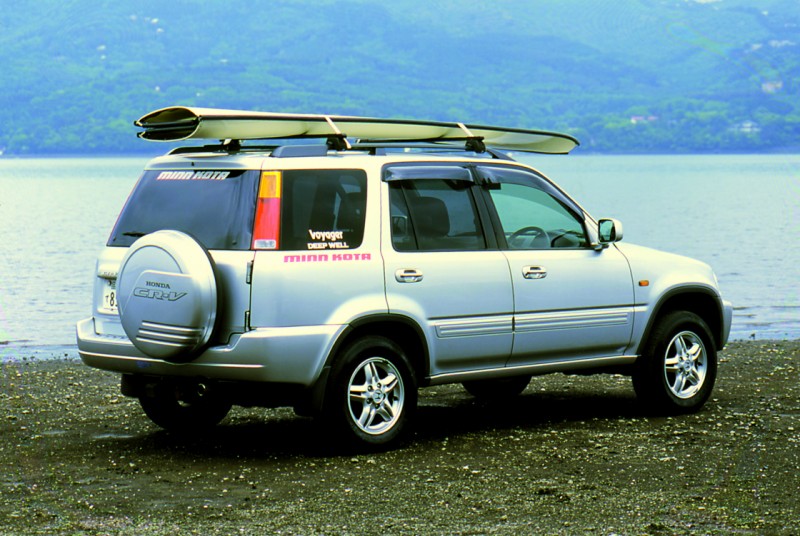 If there’s a niche, expect an entrepreneur to fill it — men like Sandy Kaye, for example, and his unsinkable folding boat.

Of all the foldable things in the world — laundry, lawn chairs, paper airplanes — a boat isn’t exactly the first thing that comes to mind. But Sandy Kaye thinks differently, and has built a thriving multi million dollar business worldwide around the idea of a collapsible water vessel.
Yes, that’s right, foldable boats. Kaye is owner and president of Porta-Bote International, a Mountain View, Calif., purveyor of dinghy-sized boats that fold down flat to four inches in height. Last year the company sold close to 10,000 boats worldwide. “People may not recognize them folded up because they look just like a surfboard,” says Kaye, who was a Porta-Bote fan before deciding to buy the company in 1973. “And out on the water, the look just like an unfoldable boat.”

Traditional Look.  Porta-Bote International has racked up steady sales through grass-roots marketing to water enthusiasts all over the world. In addition to his own online outreach efforts and trade shows, Kaye says the unusual factor — the sheer oddity of seeing owners unfolding a boat before launch — has driven the word-of-mouth buzz for over 30 years.

Believe it or not, foldable boats aren’t new. Kaye bought one for use as a dinghy on a larger boat in the early 1970s, and was less than pleased at his fellow boaters’ reactions to what he says looked more like “a pregnant canoe” than a workable boat. “When people laugh at your product, that’s a problem,” says Kaye.

So in 1973, itching to get back to work after just two short years in retirement from a career as Executive Vice President of the world’s largest publisher, he bought the fledgling company with the intention of completely overhauling it. He put his degrees in engineering to work, redesigning the boats to look more like traditional dinghies, and began marketing them overseas (no pun intended).

Like a Cork.  Europeans, used to tight quarters and pricey gas, were particularly receptive to the space-saving, energy-efficient foldable boats. The flat design makes the various models easier to store than a regular aluminum or fiberglass dinghy (it fits on the side of an RV, the roof of a car, or hull of a larger boat) and less cumbersome than an inflatable. There is also no need to blow it up or patch inevitable holes of an inflatable boat.

It even fits on a yak. Seriously. Britain’s Royal Air Force Mountain Rescue Service strapped a folded-up Porta-Bote on the back of the scruffy animal for a trek up Mt. Everest. The team wanted a lightweight, reliable vessel in case it was caught in melting glaciers, but when the expedition reached a lake they expected to be frozen, the climbers unfolded their vessel and continued. The Porta-Bote International team recently confirmed a spot in the 2005 Guinness Book of World Records as the first boat to be sailed at a height of 20,000 feet. “There’s a Porta-Bote for everyone,” Kaye says proudly.

Available in four sizes, from 8 feet to 14 feet, the boats can be ordered with Nissan outboard motors for those with a need for speed, Rolly Tasker sails and accessories for the skipper who prefers the wind, even in olive drab for duck hunters. Among its accolades, the Porta-Bote has passed all stability tests by the Tokyo Fire Dept.’s Water Rescue Scuba Team. Kaye says his boats are unsinkable, even when filled with water, and have exceeded the latest U.S. Coast Guard compliance standards.

Surf and Sail.  How does the foldable phenom work? Two big words: polypropylene copolymer. Porta-Botes’ hinges and patented “flexihull” are made from a resin material developed decades ago by NASA and used today in many car bumpers. Original manufacturer Dupont  conducted tests and found the material actually became stronger after 500,000 foldings, and Sears uses it in their lifetime Diehard batteries because the material is impervious to acid. Kaye fields many inquiries on his company Web site, most asking how a foldable boat is going to hold up on the water. His response: “Nothing is indestructible, but this comes pretty close.”

In the 1990s, Kaye noticed more people downsizing to condominiums and small cars and decided to start step up his marketing efforts in the U.S., a market he had all but ignored. Word of mouth alone would not have been enough, he says, “so we got on the Internet.” His site catches many random boaters surfing the Web, but the company also uses trade shows to spread the Porta-Bote buzz.

It’s an approach that has paid off with a loyal following. Since 1999, professional photographer John Petralito has owned at least one of every size Porta-Bote, using them in “oceans, rivers, lakes, and ponds from Maine down to Florida.” Now a permanent Floridian, he and wife Ellen were looking for an alternative to a pricey, high-maintenance inflatable boat.

Inventor Envy “It turns on a dime, goes through the water like nobody’s business, and is half the price of an inflatable,” says Petralito, who has started something of a Porta-Bote fan club, operating two Yahoo!  groups for Porta-Bote owners, who post information on aftermarket accessories, options, and ideas on new ways to use the boats. “When people at the campgrounds see us unfold it and ask if I’m the inventor, I wish I could say ‘yes,'” says Petralito.

Since redesigning and relaunching the boats, annual sales have nearly doubled. To date over 80,000 have been sold. The boats come with a 10-year limited warranty. And this year, armed with the new optional sailing package and a bigger 14-foot model, his staff of 39 will represent Porta-Bote International at over 400 boat, RV, and outdoors-lifestyle trade shows in the U.S. alone, more than ever before. For Porta-Bote, it looks like smooth sailing ahead.