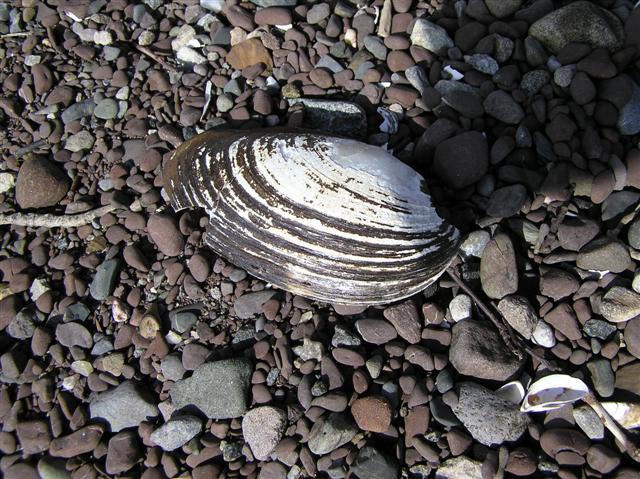 DENVER – Recent testing has confirmed the ongoing presence of quagga mussel veligers at the reservoir at Lake Pueblo State Park. Although no fully developed mussels have been found at the reservoir, the presence of veligers, the microscopic offspring of adult mussels, does indicate that mussel reproduction is occurring.

Testing originally found a zebra mussel veliger in Pueblo Reservoir in 2007. Monitoring also detected both quagga and zebra veligers in 2008 and 2009. No veligers were found in 2010. The most recent quagga mussel veliger was collected during routine sampling in May and was confirmed by microscopy and DNA testing conducted by the U.S. Bureau of Reclamation. The results were reported to Colorado Parks and Wildlife biologists on July 6.

Colorado’s early detection program is designed to find juvenile, free-floating, veligers in the water before adult populations become apparent.  Reservoirs in other states have shown that it may take many years for an invasive mussel population to establish a large reproducing adult colony.  Lake Cheney in Kansas had a positive veliger detection followed by several years of negative results, before the population size was large enough to appear on the shorelines.

“Our annual monitoring program confirms that the invasive mussels are persistent in Lake Pueblo,” said Elizabeth Brown, invasive species coordinator for Colorado Parks and Wildlife. “Through the mandatory boat inspection program, we will continue to stress that boaters clean and fully drain their boats before leaving Lake Pueblo State Park to help limit the spread of these invaders.”

Like all of the popular boating waters in the state, Lake Pueblo State Park has a thorough inspection process for boats that enter the reservoir. Because of the presence of quagga and zebra mussel veligers at Lake Pueblo State Park, boat owners are also required to have their boats inspected and possibly decontaminated on exit from Pueblo Reservoir.

All boats that have launched on any Colorado lake or reservoir where mussels have been detected, including Lake Pueblo, are required to pass an inspection before launching at a new location.  In addition, out-of-state boats and resident boats that go out-of-state and return to Colorado must pass a state-certified inspection for aquatic nuisance species prior to launching in any Colorado lake, reservoir or waterway.

“Mandatory boat inspections have proved successful in other states at stopping the spread of invasive mussels,” said Gene Seagle, invasive species coordinator for Colorado Parks and Wildlife.  “We want to ensure that boats coming from other states are being inspected prior to launching anywhere in Colorado.  It’s also extremely important that containment efforts continue on the reservoirs where mussels have already been detected.”

Inspection facilities also check trailered watercraft at 27 other state parks and 84 other locations outside of the state parks system. Boaters can also get boats pre-inspected and green sealed at Parks and Wildlife offices in Denver at 6060 Broadway, Grand Junction at 711 Independent and in Hot Sulphur Springs at 346 Grand County Road 362. Hours and days of operation at inspection stations vary so boaters should check times and dates in advance at http://wildlife.state.co.us/Fishing/MandatoryBoatInspections.htm or by visiting an individual state park page at www.parks.state.co.us.

In addition to the state’s inspection and decontamination program, Colorado Parks and Wildlife will continue its effort to educate boaters to stop the spread of aquatic nuisance species in the state. A series of short, easy to understand videos on how boaters can prepare for inspections is available at www.parks.co.state.us under the “Boating” tab. Boat owners can find more information about preventing the spread of aquatic nuisance species at http://wildlife.state.co.us/WildlifeSpecies/Profiles/InvasiveSpecies/WatercraftCleaning.htm.

“Educating boaters about mussels and how to inspect their own vessels is an important part of our effort to prevent the further spread,” said Brad Henley, Park Manager at Lake Pueblo State Park. “We greatly appreciate the continued support and cooperation of the boating public.”

Quagga and zebra mussels are non-native species introduced to the Great Lakes in the 1970’s, probably through the ballast water from an eastern European port where the mussels are native. In the last 23 years, the mussels have spread from the Great Lakes to the Gulf of Mexico and into the western United States, damaging beaches, aquatic life, municipal water systems and hydroelectric facilities. There is currently no known way to rid a water of the mussels without significant environmental damage, so prevention is the best alternative. The fingernail-sized mussels attach to anchor lines and boat hulls and their microscopic veliger young can be transported in any water transported on a boat or in a bait bucket.

Aquatic nuisance species, such as zebra and quagga mussels, rusty crayfish, New Zealand mud snails and numerous invasive water plants and weeds can create a number of ecological and economic problems due to their rapid reproduction. Because invasive mussels attach to hard surfaces like concrete and pipes, they can clog pipelines at reservoirs and lakes, boat engines, fish ladders, hydropower turbines and municipal water delivery systems.

To protect Colorado waters, Colorado Parks and Wildlife encourages all boaters to take a few simple, precautionary steps every time they go to a lake, river or reservoir. Before leaving a lake or other waterway, boaters should:
DRAIN the water from the boat, live well and lower unit of the engine.
INSPECT all exposed surfaces.
REMOVE all mud, plant and animal material.
CLEAN the hull of the boat.
DRY the boat, fishing gear, and equipment.