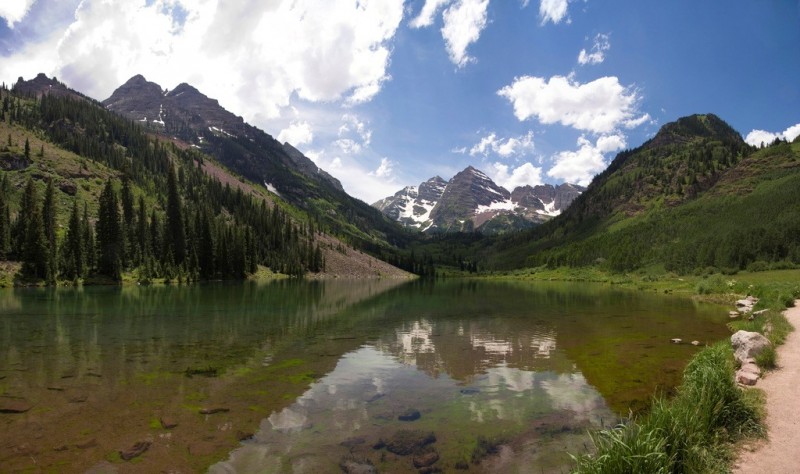 WASHINGTON –Today, 69 sportsmen-focused businesses and groups in Colorado delivered a strongly worded letter to U.S. Department of Agriculture Secretary Tom Vilsack urging his commitment to the natural resources and fish and wildlife habitat found in the state’s national forest roadless areas, the Theodore Roosevelt Conservation Partnership announced. The sportsmen are reiterating the economic benefits of backcountry conservation as the public comment period for a state-based roadless rule nears its July 14 deadline.

“Hunting and fishing contribute more than $1.8 billion annually to Colorado’s economy and often form the backbone of our state’s rural economies,” the sportsmen’s letter states. “Without strong safeguards that conserve public lands backcountry, hunting and fishing opportunities could diminish, and, likewise, the economic vitality of the businesses and communities that rely on them could decline.”

The Colorado roadless rule, which will administer 4.2 million acres of federal backcountry lands, is being finalized following a rulemaking process that has spanned several years. Sportsmen, who have participated in the rule’s development since its inception, acknowledge improvements in the current revision but stress that problematic loopholes in this version would permit significant development in roadless areas. Such development could negatively affect these lands and the outdoor traditions they support.

“Colorado’s roadless areas are strongholds for native trout populations and are the mainstay of many of our state’s small-town economies,” said Robert Younghanz, managerof Angler’s Covey Fly Shop in Colorado Springs. “Conserving headwater streams and rivers in roadless areas can sustain both our economy and our Western way of life.” Angler’s Covey Fly Shop signed the sportsmen’s letter.

“Colorado has more elk and mule deer than any other state in the nation – a condition made possible by the core habitat found in backcountry lands,” said Brian Chavet, owner of Elkhorn Fly Rod and Reel, also a signatory of the letter, located in Loveland. “Backcountry conservation enables wildlife managers to maintain strong wildlife populations and provide abundant hunting opportunities on public lands throughout the state.”

The just-released episode of “TRCP’s Native Trout Adventures,” a video blog produced by the sportsmen’s group, showcases the spectacular backcountry fishing for which Colorado is known. Traveling with TRCP staff and partners to the Pike National Forest in search of greenback cutthroat trout, viewers learn about the value of roadless fish and wildlife habitat and how to submit their comments on the Colorado roadless rule.

Watch now to experience this native trout fishing adventure and learn more about the responsible management of public-lands fish and wildlife habitat in Colorado.