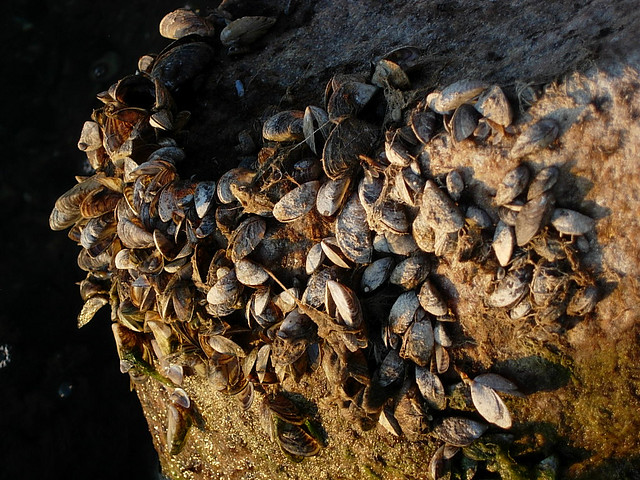 OLYMPIA – People hauling boats to and from Washington waterways this summer may be stopped by Washington Department of Fish and Wildlife (WDFW) enforcement officers conducting mandatory checks of boats, trailers and gear for aquatic invasive species.

The annual check stations and emphasis-patrol program has begun in several parts of the state and will continue through the boating season. The aim is to keep tiny zebra mussels, quagga mussels and other non-native species out of Washington to protect native fish, wildlife and water systems.

So far this year, enforcement officers have checked 20 vessels with aquatic invasive species attached, said WDFW Enforcement Sgt. Carl Klein, who noted they also caught someone with a stolen boat.

“Our preference is to work with boaters so they understand the importance of keeping these species out of our state,” said Klein. “But we do have the authority to seize boats for decontamination or forfeiture.”

Besides endangering native aquatic species, they can clog water-intake systems at power plants, irrigation districts, public water systems and other facilities. That could result in billions of dollars of economic damage, Klein said.

“These invasive mussels have already spread to other waterways in several western states,” said Klein. “That’s a big concern, because if they get into our waters, they will likely spread rapidly and cause a great deal of damage.”

The invasive mussels are present in waters in several western states, including Colorado, Utah, Nevada, Arizona and California.

Importation of aquatic invasive species is a gross misdemeanor punishable by up to $5,000 in fines and up to a year in jail. Knowingly bringing such species into Washington is a felony and can result in even greater fines and jail time.

Boaters should clean off any mud, vegetation or debris, drain any water from where they last boated, and then thoroughly wash and dry their boat and trailer when they get home.

Besides cleaning boats and trailers, boaters should also be aware that diseases and juvenile stages of some species can be inadvertently transported in bait buckets, live-fish well water and ballast tanks, said Pleus.

Law enforcement officers have the authority to stop and inspect vessels under RCW 77.12.879. Since 2002, when Washington passed a law prohibiting importation of aquatic invasive species, WDFW has worked to educate boaters about invasive species, provided free vessel inspections and issued warnings. In cooperation with the Washington State Patrol (WSP), WDFW also has focused on inspecting commercially hauled watercraft at the state’s port-of-entry highway weigh stations.

“It’s up to boat owners and operators to be responsible for their vessels if Washington is going to be successful at keeping aquatic invasive species from spreading to state waters,” said Pleus.

For more information on all aquatic invasive species and how to prevent their spread, visit WDFW’s website at http://wdfw.wa.gov/ais.