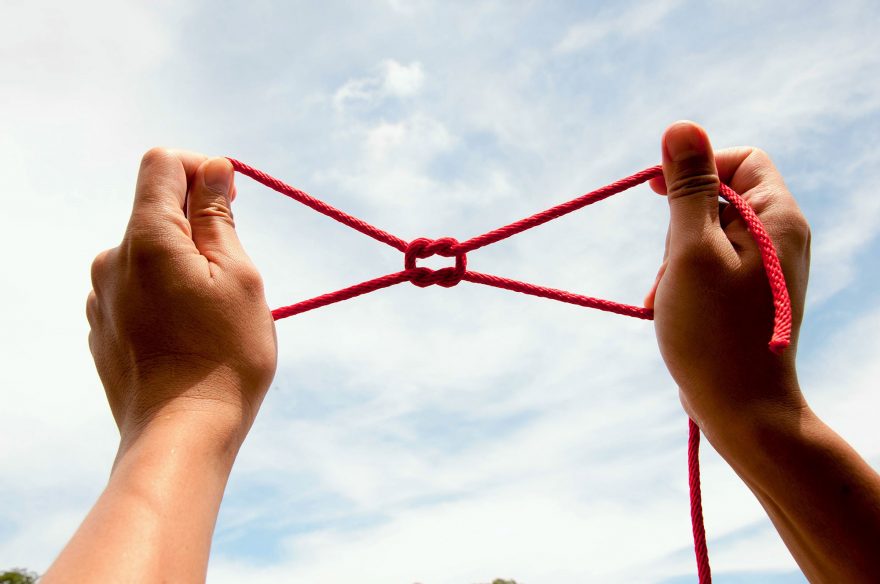 There are a variety of knots that can come in handy in the wilderness, but if you’re going to boil it down, these are the four camping knots that are versatile enough to get you through most tasks

Knots are tools. Some knots work better in some circumstances than others, just as screwdrivers and hammers work for some purposes and not others. In the backcountry, nails, staples and other fasteners are inappropriate — let alone being heavy to tote! So we fasten things in place, as has been done for millennia: with ropes and knots.

A good knot has three qualities: 1) it is easy to tie; 2) it is uneasy to untie; 3) it serves as a tool to do a specific task and do it well.

Here are four knots, how to tie them, and the purpose they serve. And they are easy to untie by reversing the process of tying them. The tag end of the rope is the portion toward where the rope ends. The standing portion, also called the bight, is the continuous middle part of the rope.

While the photos show a stout piece of rope, when backpacking, I carry various lengths of parachute cord. Parachute cord is light and strong for its size. For more knots and how to tie them see John Cassidy’s The Klutz Book of Knots, Geoffrey Budworth’s The Complete Guide to Knots and Knot Tying and Animated Knots by Grog.

A square knot is an ancient one, known to Greeks and Romans. The English call this a reef knot. It is a secure knot for tying two ends of the same material to one another.

The bowline (pronounced “bow lin”) was originally used to tie a line from the bow of ships. It makes a loop in a standing line. Unlike doubling a rope and tying an overhand knot in it, the bowline creates a loop which can be tied through a grommet in tarp or other prepared hole. The stability lines on my tents are all attached to the tent with a bowline. Perhaps more important, tension on a bowline – caused perhaps by a tarp flapping in the wind — does not draw so tight it cannot be undone.

A taut line hitch is a dandy knot for maintaining tension on a line that is likely to sag, for example a tent guy line stretched between a tent peg or tree (not to mention the camp clothes line). When the line sags, simply slide the taut line hitch closer to the tent and it will hold. It is a sort of “ratchet” knot — it will slide one way but not the other.

A clove hitch is an ideal knot for securing a rope to a post, tree limb, canoe thwart or other item.

These are some of the knots I learned in the basement of a Methodist church while attending Boy Scouts. There were more knots, but these are the ones that have stood with me during a lifetime of camping.