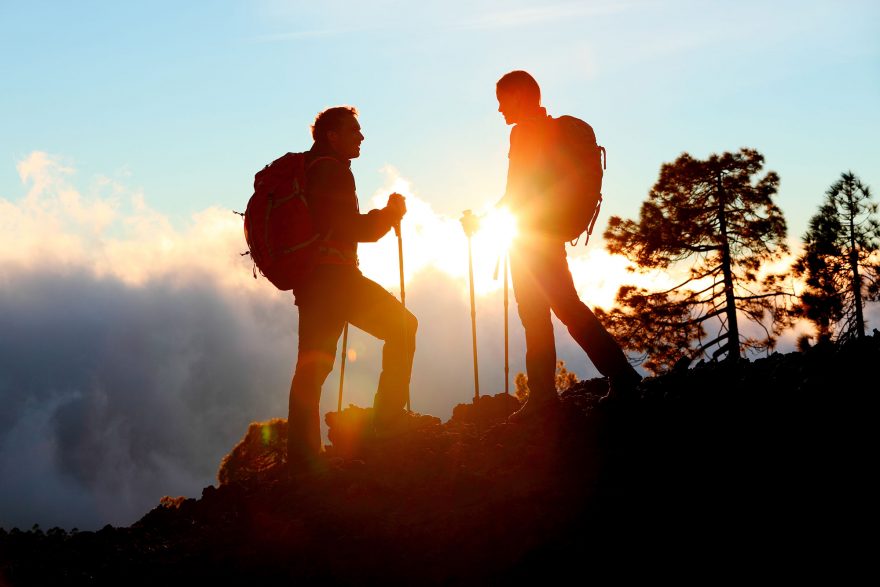 There are a number of dependable navigational tools around us that can be fun to learn about and watch — and they may also help if your device is not getting accurate (or any) reception. These tools are in the sun, moon, stars, and even a piece of modern technology: a satellite dish. All of these tools can be used to indicate which way is north, south, east and west.

This is the fifth in a series of articles about Search and Rescue (SAR), with the primary focus of helping readers prepare for issues to prevent them from becoming life-threatening issues. In this series, I address preventative SAR by exploring the following topics: (1) Preparing for an outing; (2) Don’t get lost — stay found; (3) What to do if lost or hurt; (4) Track for fun while out and about; and finally, (5) Natural navigation tips.

The last article discussed tracking and ways to enjoy that ancient skill. In this article, I discuss navigational tools that have taken a back seat to technology but still work very well. I can’t stress enough how important it is to have your bearings in the backcountry.

We’re all aware that the Earth completes a full rotation nearly every 24 hours, and it does a complete revolution around the sun nearly every 365 days. These movements create dependable patterns that have been used by humans for eons … even before the internet. The next two paragraphs about the sun are intended for the northern hemisphere.

Most people are familiar with the sun rising in the east and setting in the west … which is fairly true. There are only two days of the year when that is exactly true, and those are the Spring Equinox (it was on March 19 this year) and the Fall Equinox (which will be on September 22 this year). On those days, the sun rises due east and sets due west. Depending on the time of year, the sun appears to rise and set either south or north of due east and west, respectively, throughout the rest of the calendar. 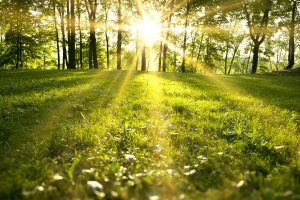 On the Winter Solstice (December 21, 2020), the sun will appear to rise as far south of east (and set as far south of west) as it “travels” for the year. On the Summer Solstice (June 20, 2020), the sun rose as far north of east (and set as far north of west) as it will for the year. How far off due east and west it appears to rise and set depends on your latitude on the planet. For any particular day, the sun sets at the same direction (north or south) relative to due west, as it rises relative to due east. In other words, if the sun appeared to rise 10 degrees north of due east, then it will set 10 degrees north of due west. These assume a low horizon, unobstructed by mountains or other obstacles.

There is one other direction of the sun’s location we can count on in the continental U.S. and Alaska. At mid-day, the highest point of the sun’s arc across the sky is in the south. That means, regardless of the day of the year, if you are looking at your shadow at mid-day, you are facing north. This is true for locations in the northern hemisphere that are north of the Tropic of Cancer — a line of latitude that is 23.5 degrees north of the equator. That line is south of the continental United States (but north of Hawaii), and it runs through central Mexico. If you are on or south of this line (south to the Tropic of Capricorn), the sun can be straight overhead some times of the year. 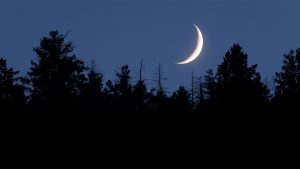 Many resources depict an ideal image of the crescent moon indicating south. After studying it for a few years, here is a more realistic (though slightly more complicated) picture that I have observed. When the moon is in crescent phase (regardless of whether it is waxing or waning), one can imagine drawing a line from its top point to the bottom point and continuing that line to some point on the earth’s horizon.

In our lifetime, due to the Earth’s dependable pattern of rotation, every constellation appears to “rise” above the Earth’s horizon at the same location every day (but just four minutes earlier each day). A few constellations in particular that would be interesting to try to find are Orion and the Dippers.

The end of the handle of the Little Dipper is Polaris, the North Star. It is not the brightest star in the sky, but it is a constant locator for north. The outside two stars in the ladle of the Big Dipper are called pointer stars because they line up and point to Polaris. The last constellation I’ll mention (though there are others) is Orion, a hunter from Greek mythology. Orion rises to the east and sets to the west every day. When it is highest in the sky and appearing upright (again, in the northern hemisphere), it is in the south. His sword (a series of stars that appear below his belt) points approximately toward south.

There are several good phone apps to use to find and look at these constellations such as SkyView, Sky Walk 2 and Google Sky. Make sure the GPS is on and calibrated on your phone when using those. 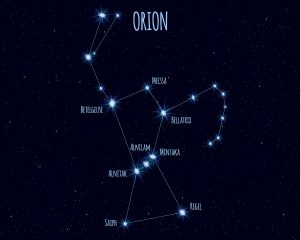 For customers in the U.S., most communication satellites are in a geo-synchronous orbit over the United States, including those for TV and internet services. The ones that service the U.S. are centered but to the south of the country. Most satellite dishes attached to homes or buildings in the midwestern states point due south. Those gray dishes in the eastern states point slightly west of south, and those dishes in the western states point east of south. Find out what direction the majority of the dishes in your area point, and you may be able to use that when trying to figure out which way you are traveling in an urban, suburban and sometimes rural setting. There are exceptions to that tendency, so be careful of depending on just one indicator.

I hope these tips spark an interest in looking at the celestial bodies and discovering what directions they can indicate. Have fun out there. Whether you are looking up at stars or down at tracks, keep looking around and enjoying your surroundings. Thank you for reading these articles; it has been my pleasure to write them. Many thanks to Melissa Weeks for editing and making them more readable.