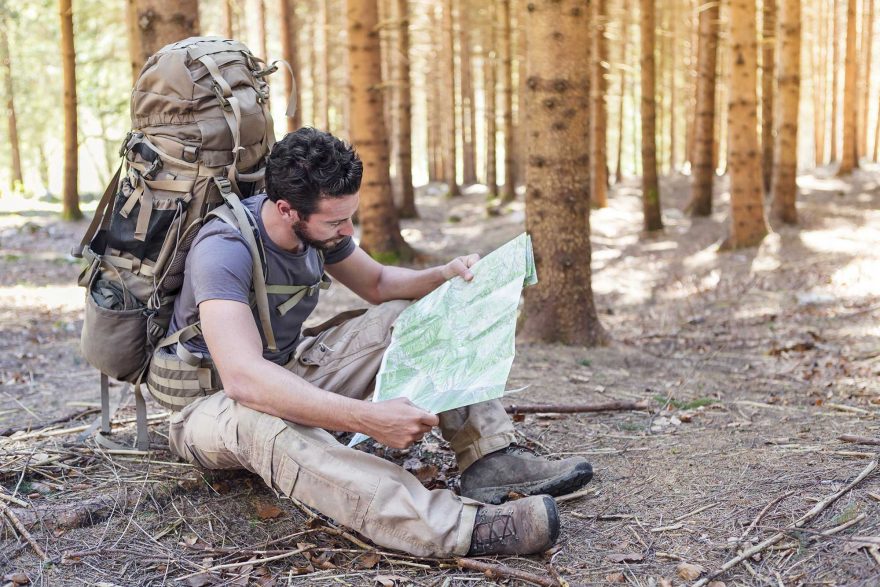 It’s inevitable — if you spend as much time in the wilderness as most of us do, you’re going to get off trail or turned around somehow. Dare we use the “l” word: lost. Yes, it’ll happen at some point. Maybe you were admiring the mountains around you, maybe snow made the trail hard to follow, maybe you thought you were on Ridge A when really you were on Ridge D.

But being lost doesn’t have to be a losing proposition. This is the second in a series of articles about search and rescue (SAR), with the primary focus of helping readers prepare for issues to prevent them from becoming life-threatening issues. In this series, I address preventative SAR by exploring the following topics: (1) Preparing for an outing; (2) Don’t get lost — stay found; (3) What to do if lost or hurt; (4) Track for fun while out and about; and finally, (5) Natural navigation tips.

You are already taking care of the first step toward reducing the chances that you get in trouble … you are reading this. In this article, I will go over ways to prevent getting lost. To phrase that positively, here are suggestions to “stay found.”

The best preparations to stay found are made before you set out on an outing. I have a couple of suggestions that involve pre-planning. The first is about navigation equipment that you should have. This equipment includes a map, a compass, and a Global Positioning System (GPS) tool. While these can all be found as apps for smartphones, accessing a map and using the GPS functions on a phone can quickly drain a battery. As such, I recommend two additional resources: One is a backup external battery and charge cord for your phone; the other is a set of the navigation tools that aren’t on your phone, such as a paper map, stand-alone compass and a separate GPS unit. 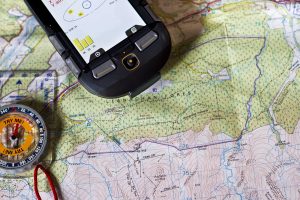 Become familiar with the navigation tools before you need to use them. This includes knowing how to read a map, use a compass and use a GPS. Fluent familiarity with those navigation aids also includes knowing their limitations. (e.g. how old is the map, in what situations are compasses less functional, and do you have sufficient battery power for a GPS or phone app). For additional information, I conduct map compass classes through my school, Natural Awareness Tracking School.

The next step to take in preparation for a fun outing is route planning. Route planning involves deciding where you want to go, planning the details of how to get there and including landmarks along the way. One process that can help improve folks’ preparations is to ask, “Where can I make a mistake?” Maybe that’s a spot where trails intersect or a wide open field where the trail doesn’t have blazes. Then make some effort to determine how to prevent that mistake from being made. 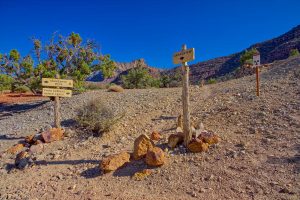 Landmarks are specific locations such as trails, roads, creeks or other feature intersections that stand out along your route. Other landmarks include point features such as a tower, hilltop, significant building or other conspicuous spot. A very useful technique for keeping track of where you are is to pay attention to landmarks such as a tower or big boulder as you travel. They can also be used to gauge how far along your intended route you have progressed or indicate if you are starting to veer off course.

Landmarks have been incorporated as a navigation technique for centuries. Cultures such as the Aborigines and Native Americans often have a practice of creating a storyline along a journey, which helps them remember how to find their way home regardless of the distance they have traveled.

During the outing, it helps to periodically turn around and look behind you. This easy, and potentially new, habit highlights visual images in your mind for how things will look when you return. That, in turn, will help you recognize landmarks in the perspective of the returning direction of travel.

The most important location for heightened attention is at a decision point. A decision point is a location where there is more than one obvious option, and a person must decide which direction to travel. These can exist when driving, hiking or during other route-choice situations. A significant number of people who get lost make their initial error at a decision point. Avoid that by being aware of what these points are, how to recognize them and how to use them to your advantage. Decision points can often, but not always, be apparent in the pre-planning phase of a trip.

We have discussed route planning, navigation tools, landmarks and decision points. I hope these suggestions help you effectively prepare for your expedition. Safe travels.