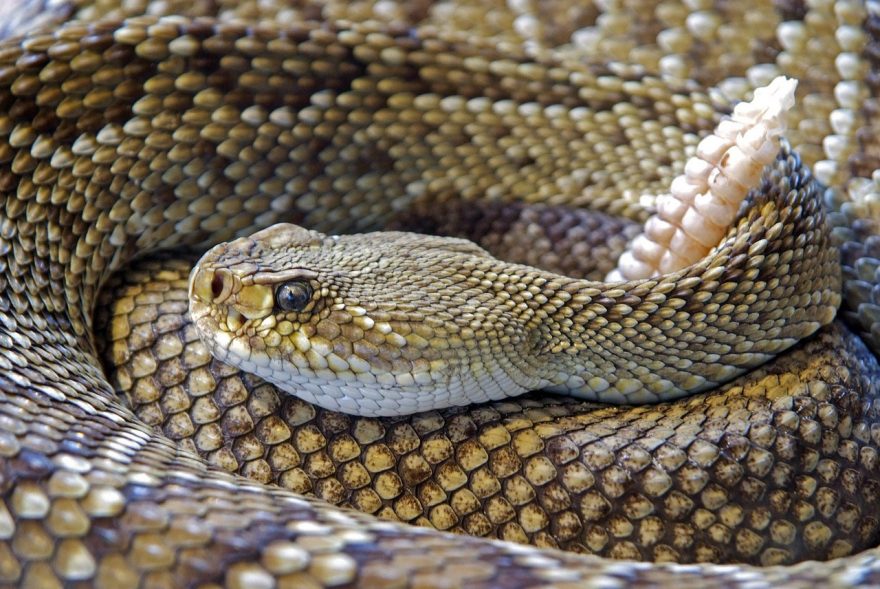 Let’s say you have gone out backpacking or camping and end up in a survival situation, any food supplies you have will be used in a matter of days. Although your body can function for around three weeks without food, you will be battling a severe lack of energy to fuel any decent self-rescue attempt. That is why it’s crucial to know how to safely hunt and cook the survival food you can find.

For many, the mere thought of a snake will send shivers down your spine. As humans, we seem to have an intrinsic fear of snakes. Perhaps partly due to the fact they look alien compared to humans, but also because of their ability to deliver a lethal bite. A fear of snakes should not stop you from eating them as survival food.

The truth is, there are only four main species of venomous snake in North America (all of which are edible given you take the right precautions). Thanks to modern antivenin treatments and easy access to medical attention, only about 5 of the annual 7,000-8,000 reported venomous snakes bites result in a fatality.

Are All Snakes Safe to Use as Survival Food?

The short answer is yes, all snakes in North America are perfectly fine to eat. The main consideration you should have is the likelihood of being bitten by a venomous one in your attempt to catch a snake. These are the four venomous snakes you should learn how to identify:

You should be aware that many snakes bask in the sun to regulate their body temperature, which often fools people into thinking they’re dead. Be very careful when approaching any snake, even if it looks like it isn’t alive. This is especially important as venomous snakes can deliver a lethal bite after death, even if decapitated.

Another consideration if you choose to eat a venomous snake is whether you have any open wounds in your mouth or throat. If so, you should avoid eating the head (where the venom is stored), otherwise, it may make its way into your bloodstream.

Finally, some snakes are placed on the endangered species list, like the eastern indigo snake, so unless it truly is a desperate survival situation, then keep this in mind. This can vary depending upon the state, too.

Catching and Cooking Your Snake

It is important to catch your snake safely. There is absolutely no point in taking any unnecessary risks. It is far better to have no snake than to be bitten by a venomous one because if you’re in a survival situation, you’re unlikely to receive quick medical attention.

Either pin the snake’s head down or catch it with a net and as quickly and safely as possible, chop the head of straight away and put it in a place out of harm’s way. Once it is dead, to prepare and cook it, follow these next steps: