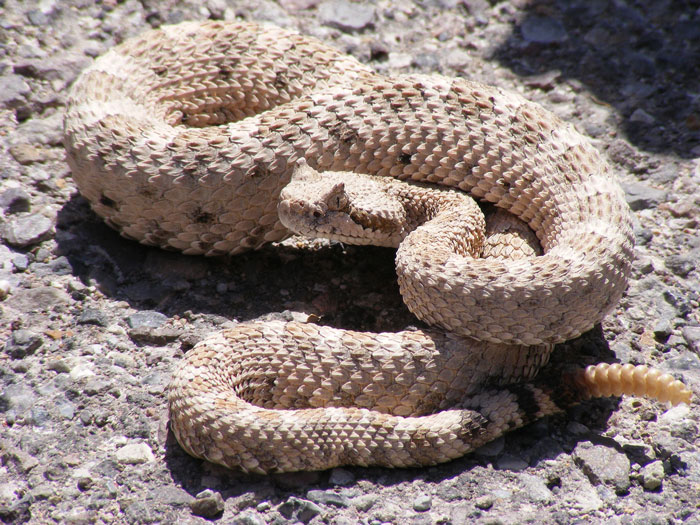 The mere sight of a snake, especially venomous, will send shivers down the spine of any ordinary man or woman. The truth is, snakes will rarely attack unless provoked or hunting for food.

In North America every year, there are around 8000 venomous snake bites, however, from this, there are only around 5 deaths.

Despite the fact that death by snake bite is unlikely, the side effects can be pretty serious. From feeling sick to even temporary paralysis and loss of limbs, it is far better to learn how to prevent a snake bite, than have to deal with one. Furthermore, the medical costs involved will send more shivers down your spine than the sight of the snake.

Unfortunately, due to fear, many people resort to killing snakes when they come across it. Snakes are an incredibly important part of the ecosystem, and where possible, killing a snake should be a last resort. Plus, you can actually put yourself in more danger attempting to kill it.

In North America, there are four kinds of venomous snakes; the copperhead, coral snake, cottonmouth, and rattlesnake. Each one has its own distinctive markings, allowing you to identify it.

Below is an infographic on how to identify the four venomous snakes of North America. After the infographic, we’ll go into detail about how to prevent and treat a bite.

How to Prevent a Snake Bite

As with most things in life, prevention is far better than having to resolve a problem. The same is true when it comes to venomous snakes.

As we mentioned above, the side effects of being bitten can be nasty and it will certainly ruin your hike. Here are our best tips on preventing snake bites:

If you know where a venomous snake is likely to frequent, then you’ll know which areas to avoid. Most snakes tend to stay off the path away from danger. You’ll find them often under logs and rocks. This great resource lets you know where the venomous snakes are, per state.

As we mentioned, snakes tend to hang out under piles of leaves, rocks, and logs. Many snake bites occur without the victim even knowing the snake was there. Additionally, be aware of any low-hanging branches, which snakes may be on. To help, you can wear protective snake clothing, like snake gaiters or boots.

Often people try to catch or defend themselves with a stick. Snakes can reach surprisingly far, so the chances are that if you’re close enough to reach them with a stick, they’ll be able to reach you. Simply retreat and avoid.

How to Treat a Snake Bite

If you are unfortunate enough to have been bitten by a venomous snake, quick and immediate treatment is required. Here’s how to deal with being bitten:

You should attempt to keep your heart rate as low as possible to prevent the venom circulating quickly. Also, keep the wound lower than the height of your heart, for the same reason.

Avoid any home treatment kits like suction cups or even sucking yourself. This has been proven to be ineffective and can actually cause some more harm than good.

People sometimes attempt to catch or kill the snake that just bit them. This can ultimately lead to being bitten a second time. However, you should try to avoid this as much as possible. Sometimes, the first bite can be a dry bite, meaning no venom may have been injected, which serves as a warning signal.