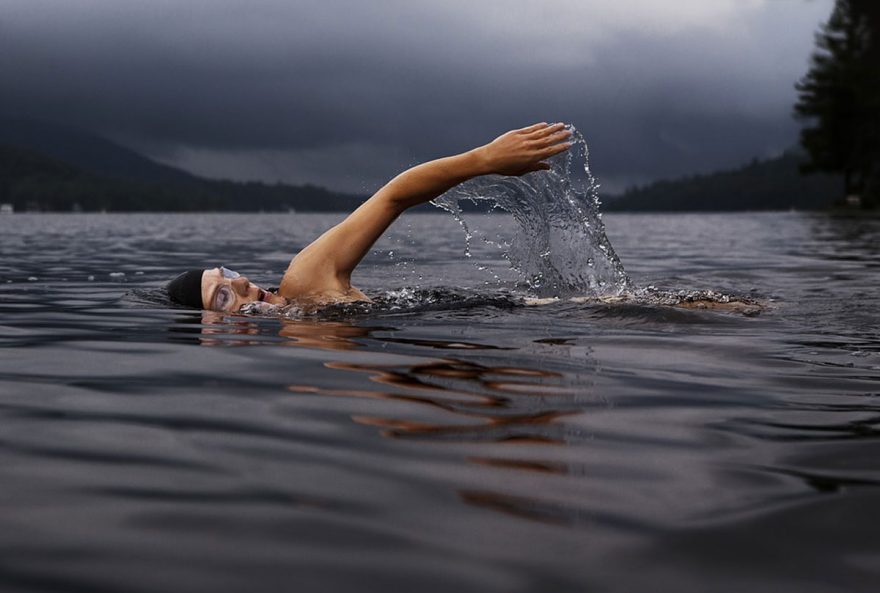 Swimming is generally looked at as one of the best sports you can do for all-around fitness and strength. It’s an excellent sport because there is little pressure on the joints and anyone of any age can take part. It also doesn’t discriminate against age, race or ability/disability.

However, when it comes to survival skills, swimming is often overlooked. There are a wide variety of instances in which being a strong swimmer could literally be the difference between life or death. For instance, having the ability to swim efficiently can help you in the following situations:

From a practicality point of view, swimming is one of the easiest sports to perform, given that you don’t need any special equipment to take part. At most, you’ll need a good pair of goggles. At the very least… well, you don’t even really need speedos on if you don’t particularly want.

That said, for humans, swimming doesn’t exactly come very naturally. This is why the top Olympic swimmers have one of the most grueling training schedules out of all athletes. The sport itself is incredibly technical and requires a good understanding of body position rather than attempting it with brute force and strength.

Did you know, 71% of the Earth’s surface is covered in water. Furthermore, within the US, there are around 3,500 yearly drownings. That helps to explain why swimming is widely considered as an essential life skill and children are often forced to learn it from a young age. So why is it that when we get to adulthood, we choose to ignore this?

Unless you’re passionate about the sport, it’s unlikely you ever get into the pool to train. You’ll almost certainly have never tried to learn the sport as a serious survival skill. Well, we highly suggest you should. Now.

What’s exciting about swimming is that it shouldn’t just be thought of as a defensive strategy. You can actually use it as an offensive tool. I bet you’ve spent time harnessing skills to light fires, catch fish and hunt? Now is your time to add swimming to the toolbox of outdoors and survival skills.

Natural waters, such as the sea, river, canals, and lakes, present the biggest threat to us in terms of drowning. Often, the water is much colder and this can be extremely debilitating, especially when hypothermia sets in.

Additionally, natural waters often involve moving water i.e. rivers or currents in the sea. The requires far more energy to swim to your destination or effort to simply stay afloat.

In the sea, rip currents pose one of the biggest threats and they can be hard to spot. Rip currents will happen just off shore and it doesn’t even need to be stormy for one to be formed. To spot one, look out for the following:

If you get caught in a rip current, the single most important thing you should do is to allow yourself to go with it. It will be nearly impossible to fight it; in fact, most Olympic swimmers would struggle to do so.

If you allow yourself to be dragged out with the rip current, you will eventually come to the end of it. At this point, swim parallel to the beach until you are out of its way, then swim diagonally back to shore. If you choose to fight the current, you will only waste energy and get nowhere.

How to Cross a River

When in a survival situation, it’s almost a natural instinct and the most logical thing to do is head to the nearest river. It’s a perfect spot for setting up camp, with water, a possible food source, and a place to wash.

But, rivers can pose a great threat to use humans. Not only can there be vicious animals out to get us, but the fast-flowing water and possible undercurrents can make it deadly to attempt to cross. The problem lies when crossing a river is one of your only choices.

Here’s how to cross a river safely:

Similar to rip currents in the sea, the water by an undercurrent can look calm which is what makes it particularly hard to spot. Look out for debris being dragged along the bottom by the current or water under the surface moving. Often, it looks a slightly different color to the rest.

If you find yourself caught in an undercurrent, remain as calm as possible and attempt to swim at a 45-degree angle to the river bank. Swimming any other direction will only waste energy. Remember, it is near-impossible to swim against currents and definitely not the most efficient way of escaping one.

You may find that you simply can’t swim your way out of it. That’s ok and you still don’t need to panic. Simply lie on your back with your face out of the water and hang on in there until you get dragged to a calmer point of the river. It’s at this point you should be able to make your exit.

When you think of swimming in a lake, one of the first thoughts that come to mind is a warm summer day with your friends. The truth is, there’s an uglier side to lake swimming as well and if you’re not careful, you can easily get caught out.

The depth of the water can suddenly change, which for strong swimmers is no issue, but it is enough to make a non-swimmer panic and not know what to do. Try and look out for sudden changes in depth and if you come across a deeper part, stay calm and try to make it back to somewhere you are comfortable.

Surprisingly, one of the most prominent dangers doesn’t come from the lake itself, but more so from the slippery rocks surrounding it. Be extra careful when making your way around the lake’s edge; there is absolutely no point in being careless and hurting yourself here.

Weeds can pose a threat if they are in a thick clump. It’s easy to get your leg caught in them, making it very hard to surface. You’ll likely see weeds like this in warmer, low land lakes (and rivers). If you come across one, one of the easiest ways to get past the obstacle is to float at the top of the water.

In order to swim the side stroke effectively, you need to really engage your core muscles and keep your head close to the surface of the water. Like we mentioned before, your head dictates what the rest of your body does, so if your head is high out of the water, your hips will be lower. This will drastically increase your drag through the water, making it a lot harder to swim.

How to Swim Front Crawl Efficiently

Front crawl is the fastest of all four swimming strokes and also one of the easiest to master. Normally for swimmers, some form of breaststroke is the ‘go-to’, but this can be an inefficient way of getting from A to B.

One of the best ways to get better at swimming isn’t to work on strength, but to work on technique. An excellent technique can make up for poor stamina and strength. If you are strong but lack the technique, you will expend a lot of energy, and in return, go nowhere. Once you have the technique in place, then that is when you can spend time on getting fitter and stronger.

Front crawl is fast, allows you to travel a long way and if swum efficiently, isn’t too demanding. When learning how to swim properly, it all boils down to efficiency. You should always be aiming to get as much distance from each stroke, with the least possible effort.

Here are a few take-away points to focus on when swimming front crawl:

Swimming at its most basic is probably one of the easiest activities to perform because you need absolutely nothing. If you’re brave enough, you can do it without anything to cover you up, too!

That being said, the right gear for swimming can definitely up your game, not only making it easier to swim but also increasing your chances of survival. Here’s what you should consider adding to your list of swimming equipment:

Having the right gear with you will make a huge impact on your ability to forage for food and swim to safety. A simple snorkel and mask will allow you to clearly see what is beneath you.

Additionally, wetsuits will allow you to stay in the water for much longer without the risk of hypothermia. This will mean that if you are searching for food or swimming to another spot (or island) then you’ll have a higher success rate if you can keep warm.

Flotation devices are often underrated because it can actually make it harder and slower to swim, however, they give you the peace of mind if you get tired, run into difficulty or are hit by an object. Flotation devices allow you to keep your head above the water while expending minimal effort, which is ideal in a survival situation.