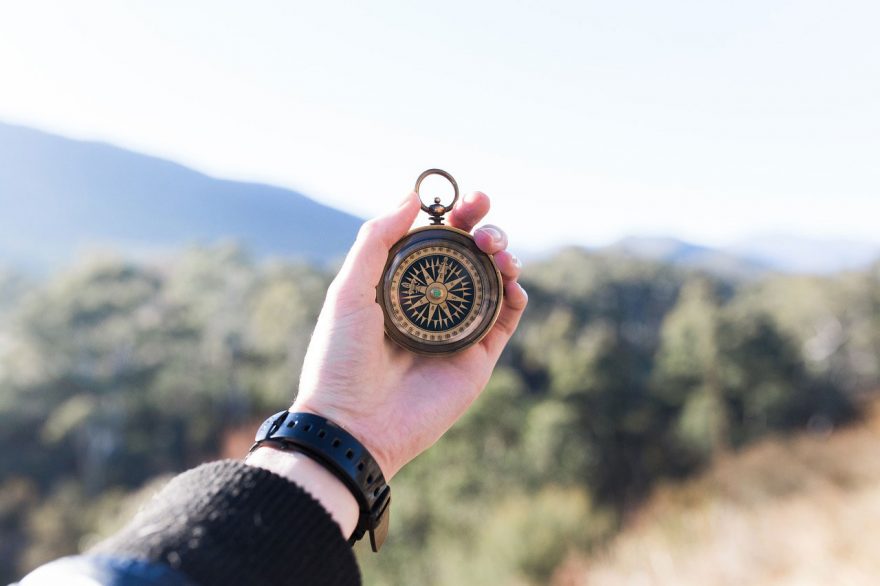 These days, in a world of fast internet, GPS and cell phones, the art of map and compass reading is on the decline. It’s easy to rely on technology for nearly all of our problems, and most of the time, this is perfectly fine.

However, as we all know with technology, it can fail us at the worst times. Better yet, we can fail technology simply by dropping your phone or forgetting it. That’s why it can still be important to have a basic set of survival understanding, for when technology can’t help you out.

In this article, we’ll be talking about the art of compass/map reading. More specifically, the difference between magnetic and true north. Would you know the difference?

On opposite ‘sides’ of the world, there are two poles; North and South. These two spots are where the lines of longitude converge. In the middle of the Arctic ocean, we have the North Pole, and the South Pole lies on the content of Antarctica.

This is the North that your compass will point to, and is where the northern lines of attraction meet at a point in Arctic Canada. If you were to bring out a compass, the small needle would find its way to point towards this direction, which is different from true North.

The difference between true and magnetic North is called magnetic declination.

How This Affects Compass Reading

The difference between true north and magnetic north can vary depending upon where you are on the planet. For many, the difference is simply too marginal to bother about. However, for the more serious navigators and those in the right parts of the planet, it becomes interesting and important to understand the difference.

Let’s say, for example, you’re on your way to ‘true north’, and you’re passing through the polar regions of Greenland. Although you are heading toward the North Pole, if you were to pull out a compass, it would likely point in the opposite direction because of the attraction from Earth’s magnetic North. Here’s where it might be easier to navigate with the help from stars…

For ordinary people who aren’t about to become polar explorers, the difference between the two north points isn’t as dramatic. There are areas where both magnetic and true north align (which is called agonic lines), however, these places vary depending on the Earth’s movement. For those interested, the NOAA publishes this information here: https://maps.ngdc.noaa.gov/viewers/historical_declination/