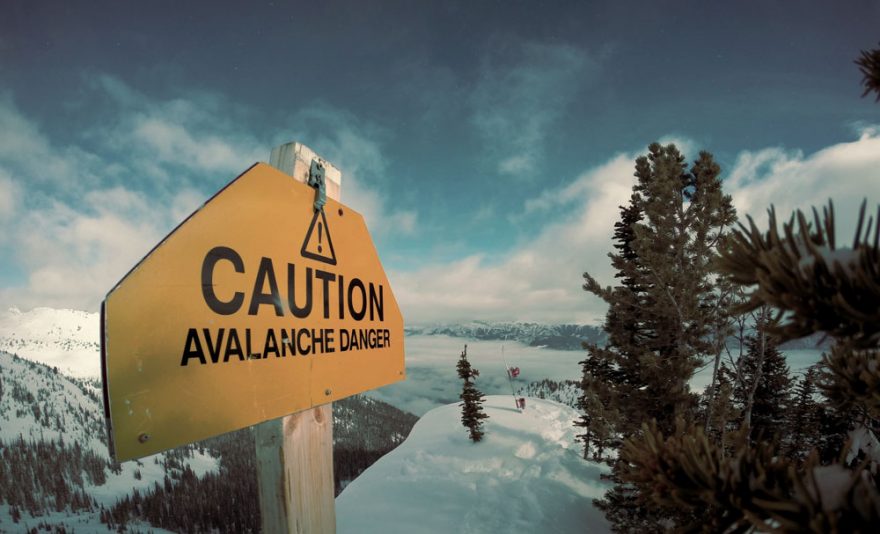 Every single year there are around 150 deaths caused by avalanches worldwide. Even some of the most experienced climbers can get caught out and often there is little warning. If there is any warning, there’s often not much time to take evasive action and you could be left hoping for the best.

In the US, there has been a yearly average of 27 deaths by avalanche in the past decade, according to the Colorado Avalanche Information Center. Unfortunately, there are no real statistics on how many people have survived due to the fact they often go unreported.

Usually, the avalanche is triggered by pressure from someone climbing or performing an activity like skiing and snowboarding. Once a victim is trapped, the most common cause of death is asphyxiation i.e. a lack of oxygen to the brain. This means, the more quickly a victim is dug out, the better the chance they have of surviving.

If someone can be pulled out within 18 minutes of them becoming trapped, then the chances of surviving are around 90%, according to the Canadian Medical Association Journal. Longer than this and the survival rate drops dramatically, to 34%. If you are with someone who becomes trapped, here are effective ways to dig them out.

The ABCs (and D) of Avalanche Rescue

One of the easiest ways to remember how to perform an effective avalanche rescue is to remember the ABCD method. This is because there are four key aspects to shovelling someone out from under the snow.

The first thing you should try to do is protect the airway of the avalanche victim. You’ll need to stick a probe in the ground where the victim to judge how deep the snow is. Now, you should always begin digging downhill of the probe so that you don’t compact the snow around the victim. If you step on the ground uphill of the probe, you increase the chances of the snow compacting.

If the victim is less than one-meter-deep, then no excavation offset is required. You should, at all time, put the effort on opening an airway as quickly as possibly, rather than worrying about the excavation area.

One of the most effective ways to clear the snow is to shovel it to the side of where you are digging, rather than downhill. This leaves room for you to keep digging as the hole becomes digger, meaning you won’t have to move the snow later.

The width of the hole you are digging depends on how many rescuers you have. However, at 6ft wide, it becomes inefficient and unlikely that you’ll reveal a body part. If you do need to expand, though, you should.

D – Dig Only Once

You should attempt to make digging as efficient as possible, by only digging the snow once. This is unless you have unlimited assistance.

The key thing to remember is that time is of the essence. The quicker the rescue is performed; the chances of survival are greatly increased. You should always try to keep an airway clear, without the snow caving.