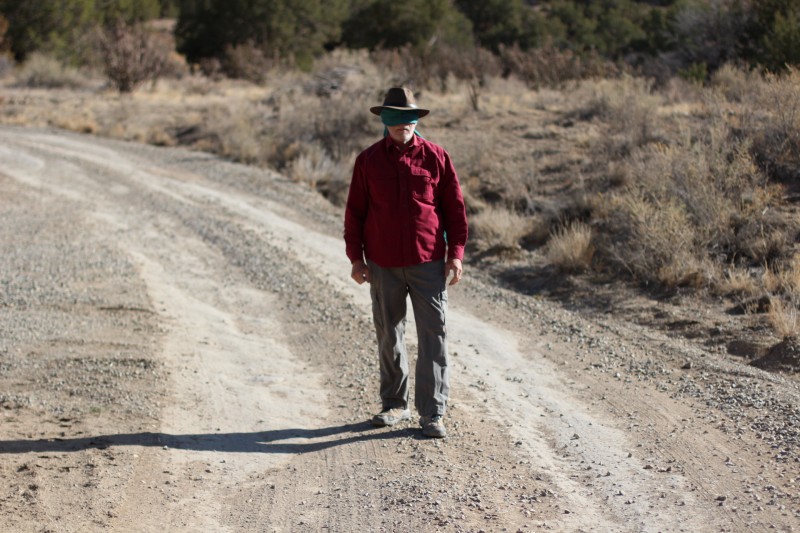 Just about anyone who has walked in the woods knows the good it can do for you, and the benefits can run very deep.

A study in Great Britain found that people suffering from depression who took a 50-minute walk in a woodland park improved their ability to remember a random string of digits and repeat them in reverse order, and their mental abilities were better compared to those who took a walk through city streets.

Before there was the term naturalistic intelligence, these abilities were what my father called “woodsmarts.” Let me tell you a little about how he taught me to develop sensory awareness of nature.

I grew up on Grosse Ile, a cigar-shaped Michigan island that bisects the Detroit River as it empties into Lake Erie, the Great Lake the Chippewa say has the spirit of a panther. Fifty feet from the front door of the house there was a canal that held rock bass, yellow perch, bluegills, and northern pike–and a boat for exploring Lake Erie.

One of my earliest memories is going out duck hunting with my father. It was a spectacular fall afternoon with a crisp blue sky, cool breezes, and the sun was a glowing golden ball hanging low in the western sky. I was four or five. As the sun set, waves of dark chocolate brown black ducks with silvery underwings and bright red legs came streaming out of Lake Erie and into the marsh to feed for the night. When my father brought one down with his shotgun, it was an act of magic.

I was hooked. My father saw this and began to take me on walks in the woods in the evening after he finished work. One night when we got to the woods he told me to stop, close my eyes and listen. In the distance, the leaves rustled. “What animal is that?” he asked me.

I can’t remember what I guessed, but I was wrong.

He pointed out a sound like someone stepping on a pile of leaves, then another, and another. He explained: “That’s a squirrel, feeding. They hop and land on all four feet and are noisy when they land. They can get away with being so noisy because they can run up a tree to get away. A rabbit is quieter when he is feeding, because their legs are longer, their feet are covered with fur and their stride is different. If they run, the sounds will be faster than a squirrel.

“Deer walk quietly. You don’t hear every footstep, but they are heavy enough to break twigs and branches. If you jump one he runs off, making a loud racket as they crash through brush. The dog makes the most noise. He gets his food from a dish and has forgotten how to hunt for food, so every step he takes is noisy and he does not care. Except for man, of course, unless he knows better. And that’s what I want to teach you, how to walk silently like the wind.”

A few weeks later we went to the woods. He blindfolded me and said to walk on the dirt road that ran through the woods, which was a two-rut dirt trail with a grassy, raised median in the middle. At first, I kept getting off the road.

“You’ve got learn to have eyes in the bottom of your feet if you want to walk quietly,” my dad told me.

“You’ve got learn to have eyes in the bottom of your feet if you want to walk quietly,” he said. “Concentrate on the soles of your feet. Feel the ground. It’s bare, there are a few stones, and there is hump in the middle of the road.”

I found that I could keep on the road by feeling the slight rise in the middle of the dirt road. When I reported this awareness he replied that I now understood what “eyes on the bottom of your feet” meant.

In addition, closing my eyes forced me to use my sense of hearing more, and I began to learn a whole new language of woods sounds.

Next, we moved off the road. With my eyes closed, my assignment became to learn to feel the ground underfoot as I put each foot down gently. It quickly became obvious why moccasins make for quiet walking the woods because you can feel everything underfoot. After I began to get a little better at moving quietly, my father challenged me to see who could walk more quietly.

I could barely hear him. I sounded like a squirrel.

The key to silent walking, my father taught me was to walk planting the outside ball of the foot first, carefully putting one foot ahead and testing out the ground before putting your weight on it. If you walk on your heels, like most people do, you don’t feel out the ground first before putting your weight down and you are much more likely to make noise crunching something like a branch and may not be able to avoid doing so. After a while, I found that taking a walk in the woods with some woodsmarts enabled me to find more animals and get closer to them, which has benefits for hunting as well as enjoying nature.

An example of silent walking can be seen in the video below.

A few days later, he invented a game he called “Predator and Prey.” At first he had me mimic the sounds of other animals moving through the woods, so I could sound like a squirrel, a rabbit, a deer, and a pheasant scratching for food under leaves.

The person who was “it” became the prey, while the other person became the predator. We turned our backs and separated by about 20 yards. Then both closed our eyes. We both had to keep moving, and it was the goal of the predator to get close enough to the prey to touch them. The prey could not run, unless they could hear the predator approaching.

Walking is good for everyone. Walking in a beautiful natural area is better. Walking with some woodsmarts enriches the experience even more. It also gives you some more skills to increase your hunting success. Walk, and see how much more aware of what is around you can comprehend.

A quote for the day from Tierona Low Dog, M.D. from her new book, Life Is Your Best Medicine:

“In some cases, maybe the best prescription a physician could write would be for a hike in the mountains, a bike ride along a river, a walk in a garden, or a week-end camping trip.”

If you want to learn more about how to get more enjoyment and healing benefits from being in nature, check out my book, Nature As Teacher and Healer.