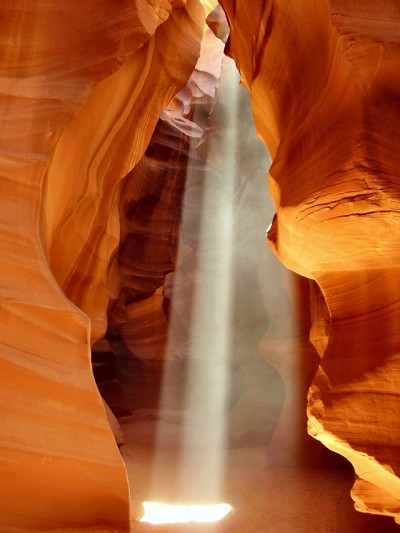 Think of paracord as the swiss army knife of rope. It has more uses than you’ll probably ever imagine, but at the same time, isn’t a heavy duty tool you want to stake your life on. With that said, it can be incredibly useful, practical and yes, even save your life while you’re canyoneering.

Paracord is so named because it was originally used in the suspension lines of US parachutes in World War II. The cord is a lightweight nylon kernmantle rope that consists of a braided nylon sheath around a core of nylon yarns. The strength, elongation and length per pound will vary according to the number of core yarns and their construction. Type III military paracord is rated with a minimum breaking strength of 550 pounds, hence the commonly used name “550 cord”. It’s worth noting that the 550 lb. number is breaking strength, not safe working load. You do not want to climb on this stuff, and do not expect it to catch you in a fall.

US soldiers found the cord useful for many tasks in the field, and if you’re canyoneering, a length of paracord, either in the pack or worn as a braided belt or bracelet will certainly come in handy at some point. You may find yourself using the cord for rope leashes or to haul small loads up and lower them down. We’re talking backpack weight here, not your climbing buddy. You may use it for a snare or to rig a pulley system. Secure the ends of a flapping tarp or poncho to make a shelter. In an injury situation, you can combine the cord with sticks to make a splint or tie a sling. It can also work as a tourniquet or to create a makeshift stretcher.

It has many uses as it is, but you can also disassemble the components and use them for various other tasks. The inner strands work well for sewing, either ripped clothes or even a wound if you have to stitch it yourself. That’s Rambo tough right there. The internal strands also make great fishing line or even dental floss, should you get a piece of beef jerky stuck between you teeth. Many of these uses also necessitate a good knife, such as Benchmade knives or other quality outdoor blades.

Carry a length of paracord on your person while you’re canyoneering and the odds are good you’ll use it sooner rather than later. It’s a great addition to make your trip a little safer, a little easier, and a lot more fun.