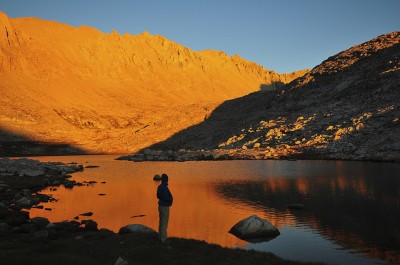 Outdoor recreation is an ever-increasing hobby for more Americans each year. In the United States, national and state parks get a combined visitor rate of more than one billion people annually. That’s a lot of people for the Leave No Trace Center for Outdoor Ethics to educate how to curb their impact on wildlife.

Ben Lawhon, Education Director for Leave No Trace (LNT), says that’s the goal of the organization.

“Much of the impact we’ve seen on the landscape are not malicious acts,” Lawhon says. “It’s people who are ignorant about the proper practices. They just don’t know that if they leave food or trash out, it’s going to attract wildlife to their campsite. They don’t know that urinating too close to a water source is not a good thing. They don’t know that camping on fragile vegetation could potentially kill that vegetation in one night.”

Lawhon outlined just a few of the common mistakes campers make and how they can consciously become more ethical outdoorsmen and women:

The accumulative efforts of educated campers is the biggest gain in terms of protecting the recreation resources we all share for future generations. LNT would like to see all the people who spend time outdoors practicing LNT’s principle guidelines, even if it’s a small effort. LNT is not rules or mandates, but a framework for making good decisions about how to enjoy the outdoors responsibly.

This year, Leave No Trace focused on three key areas that it continues to move forward with.

About Leave No Trace

The Leave No Trace organization was founded as a non-profit in 1994. It spawned from the efforts of the US Department of Agriculture Forest Service to manage the human impact on wildlife after the passing of the 1964 Wilderness Act. Their educational efforts reach about 10 million people annually in all 50 states and they also have members active in New Zealand, Australia and Canada.

Find more information about Leave No Trace and its programs at www.lnt.org.