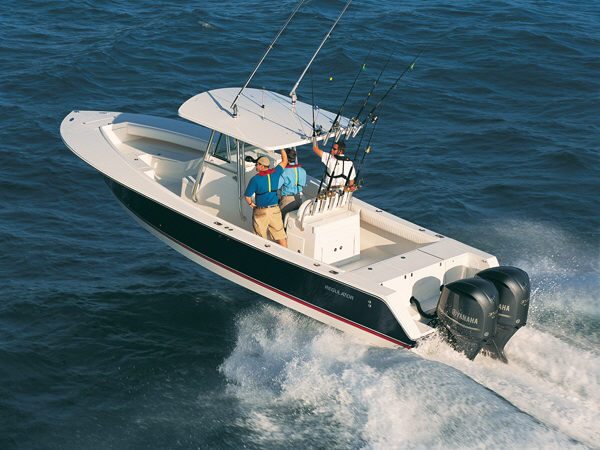 As we discussed in Part 1 of “Battery Tech,” choosing the right battery for the job is very important. However, boaters should pay an equal amount of attention to how batteries are mounted in the boat and maintained once in use. Marine batteries are heavy and can be cumbersome. As a result, they must be properly secured and the terminals protected.

Fortunately, the American Boat & Yacht Council and the U.S. Coast Guard have specific guidelines on battery installation. These are common-sense recommendations from folks who know what they’re talking about.

Be sure to use hex nuts and lock washers to ensure the best electrical connections.

Battery mounting materials and surfaces shall withstand electrolyte attack, and provisions made to contain incidental electrolyte leaks or spills. Battery box/battery tray fasteners shall be isolated from areas intended to contain spilled electrolyte.

Each installed battery must not move more than one inch in any direction when a pulling force of 90 pounds or twice the battery weight, whichever is less, is applied for one minute through the center of gravity of the battery:

Note: If using an off-the-shelf battery box, you may need to add spacing material (pieces of wood, fiberglass insulation, etc.) to ensure the battery can’t move more than an inch inside the battery box.

To prevent accidental contact of the ungrounded (hot, positive, “+”) connection to ground (negative, “-“), install each battery so that metallic objects can’t contact ungrounded battery terminals. You can use a non-conductive boot over the positive terminal, install the battery in a covered battery box, or install the battery in a dedicated “batteries-only” compartment.

Note: Use the boot on the positive battery terminal, even if the battery is in a covered box or its own private locker to prevent an explosively exciting event if a wrench slips and touches both terminals (see illustrations above).

Shield metallic fuel lines within 12 inches above and to each side of the battery with a dielectric (non-conducting) material to prevent accidents while servicing/removing/installing the battery. If the positive battery terminal happened to touch a metallic fuel line (via a mishandled tool or direct contact when moving the battery), the resulting sparks and flames could ruin your whole day.

If the battery is below these fuel system components, gasoline can leak down on the battery, potentially damaging the battery case – or if it’s a large leak, sufficient amounts of fuel could create a current path between the positive and negative terminals. Massive spark, impressive conflagration – definitely a bad situation.

Conversely, if the battery is above the fuel tank, lines, fittings and filters, electrolyte from the battery can escape, flowing down on the fuel components and dissolving them like an Alka-Seltzer® — causing fuel leaks, and very real fire hazards.

Use hex nuts and lock washers (torque spec 120-180 inch-pounds) on threaded stud terminals to ensure the best electrical connections. Do not use the wing nuts typically provided by the battery manufacturer.

Torque SAE-type tapered terminals to 50-70 inch-pounds to prevent them from working loose.

Apply a light coating of Yamalube® Yamashield™ Protectant and Lubricant to the terminals to ward off corrosion.

An alternative to this build-in charger is a portable charger with alligator clip connections.

If your boat has few electrical accessories, uses a single large (150hp +) outboard, and is equipped with a single, high-capacity dual-purpose (cranking/deep-cycle) battery, the engine’s alternator should be able to keep the battery charged up, no problem.

A similar boat (150hp+) that has two batteries (starting battery and house battery) could benefit from Yamaha’s Battery Isolator System – a simple wiring upgrade that allows the engine to charge both batteries simultaneously. The battery with the least amount of charge receives the bulk of the juice; once both batteries are at the same charge potential, they each get equal charging input.

Boats with banks of multiple storage batteries need more refreshing than the outboard’s alternator can deliver. For example, it’s common for a serious bass rig to have a 36-volt trolling motor, scads of electronics, aeration and recirculation pumps, in addition to nav lights, and other nautical necessities. This boat will likely have a dedicated starting battery and three or four storage batteries.

These types of high-electrical demand boats often incorporate an on-board battery charger hard-wired to the battery bank to maintain the batteries at their optimum levels. Most feature an external recessed receptacle so all you need to do is plug in an extension cord – without needing to remove the boat cover or climb into the cockpit to hook up the charger.

An alternative to the built-in charger is a portable charger with alligator clip connections. Although you have to get into the boat to connect the charger to the batteries, a portable charger gives you the flexibility to use it on your car, motorcycle or snowmobile.

Do not use a trickle charger, because this type of battery charger continues to dribble out electricity, even after the battery is completely charged. It’s not the trickle charger’s fault; this little guy just doesn’t have the electronic brain capacity to know when to stop.

A better choice is an automatic, well-regulated, temperature-compensated charger that will make sure the battery is optimally charged, without inflicting injury to the battery by over or under-charging.

To return to part one of this guide, click here.