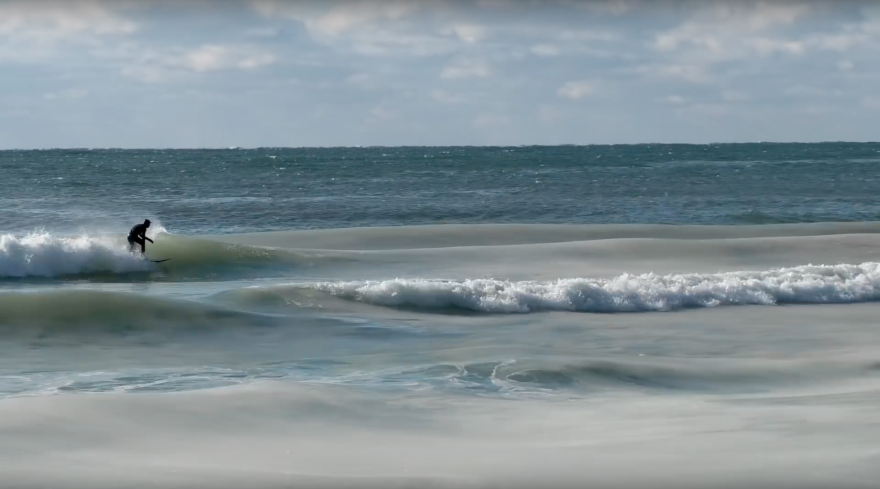 One of the strangest yet most satisfying of surfing phenomena is the elusive slurpee wave. The rare spectacle is a slush-like substance caused by freezing temperatures as the waves slowly roll in.

Jonathon Nimerfroh, a resident of Nantucket, was lucky enough to photograph the slurpee wave. According to Nimerfroh, the waves aren’t just amazing to look at – they are sometimes even surfable because they are still moving. In fact, two of Nimerfroh friends, Jamie Briard and Nick Hayden, donned the wetsuits and braved the icy waters in order to make the most the rare surfing conditions.

On that day, the air temperature was a chilly 12-degrees which is cold enough for ice crystals to form on the salt water. Speaking to the Boston Globe, Nimerfroh stated ‘I drove right up there and I was like, ‘Oh my God, the waves are frozen and these guys are out surfing.” Remarkably, it isn’t the first time he has seen a slurpee wave either, having witnessed it back on an equally cold day in February 2015.

He told Live Science “with a floundering temperature in the low, single digits this past week, I knew there was a good chance the Slurpee waves would find their way back to Nantucket. Sure enough, on the morning of January 2, I pulled my car up to Nobadeer Beach and there they were.”

As well as documenting the event through photographs, Nimerfroh managed to capture some footage of his friends breaking through the slushy waves, looking like they’re having the time of their lives. Speaking of the conditions, Briard (one of the surfers on that day) said that “it’s not that bad once you get in there.”

You might complain at some nippy temperatures you can get from time to time but we have a sneaky feeling you’d do little grumbling if you had the chance to get out in conditions like this.