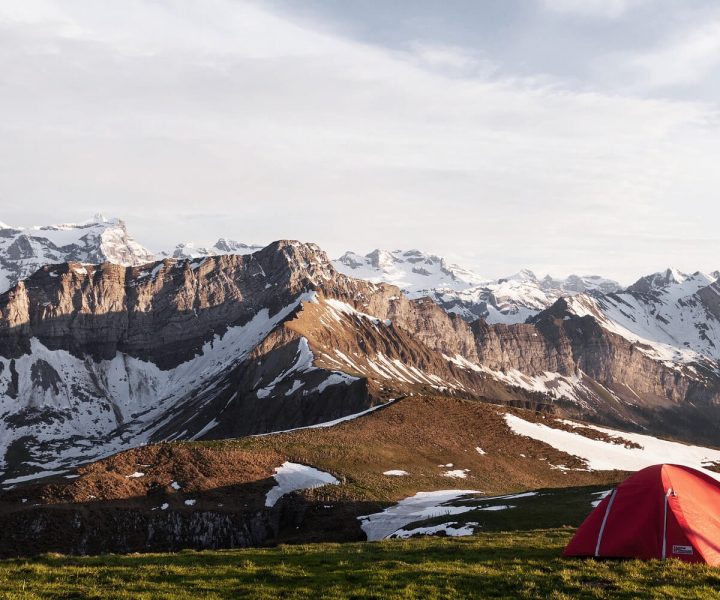 Contrary to what the name suggests, 4 season tents are not designed with the aim to be used during all four seasons. Instead, they are winter tents, designed to withstand high and harsh winds, prevalent snow, snow buildup, hail, ice, and very low temperatures.

We take a closer look at what makes a four season tent and under what circumstances they are necessary.

Commonly, the 4 season tent will not have mesh walls, the materials usually being nylon or polyester, which better trap in body heat and block out heavy winds. These tents typically have vaults which you can open to control condensation, though that’s not usually an issue in the cold temperatures they were designed for. However, the venting mechanism also helps prevent frost buildup on the inside of your tent.

Four season tents will have a frost liner, which is a cotton inner liner that will trap all the snow when it’s opened, so you don’t get a bunch of snow falling on you when you open the tent.

Since four season tents are durable, they are not made of any plastic parts, being made instead of heavy fabrics, durable stitching, and heavy duty zippers. Therefore, the average weight of these tents is around 15 pounds, although more lightweight tents can be found on the market, some weighing as little as 5 pounds.

Three season tents can be referred to as backpacking tents, as they have been designed to withstand the typical conditions you encounter while backpacking: some cold weather, light hail, wind, and rain. 4 season tents are extreme weather tents, as they can handle extreme weather conditions such as blowing sand, harsh winters, high winds, and snow loads.

Do I need a four season tent?

The answer to this depends on your personal experience with winter camping. If you find that you’ve camped in the snow with a three season tent with no issues, then there’s no reason for you to shell out more money for another tent. However, if you are planning on camping in an area with strong winds and/or moderate to heavy snowfalls, it would be wise to invest in a 4 season tent, as your 3 season tent may be flooded with snow or break down, and ruin your camping experience.

We also recommend purchasing a 4 season tent if you are an avid outdoorsman and are planning on doing a lot of winter camping, as a four season tent will be more durable and will last you a long time.